On the second trading day of the week, it becomes clear that the regional PP market has now embark on a price correction period. The silver lining is that buyers responded positively toward cargoes priced at the lower end of the overall price range. 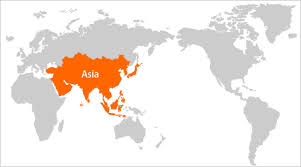 ·      The uptrend in the Southeast Asian PP market losses momentum

On the second trading day of the week, it becomes clear that the regional PP market has now embarked on a price correction period. The silver lining is that buyers responded positively toward cargoes priced at the lower end of the overall price range.

In fact, a major South Korean producer managed to sell out more than 3000 tons of allocation for both yarn and injection cargoes after conceding to a $20/ton discount from the initial price list, at $1010/ton CIF Vietnam with 0% import duty.

“We think import offers might not breach below the $1000/ton threshold, hence we decided to make small purchases at the price levels as close to the benchmark as possible. In the meantime, we are facing a tough time lifting selling prices in the local market,” a Vietnamese trader added.

In Indonesia, the PP block copolymer market is battered by competitive South Korean cargoes. Deals have been done below the $1050/ton threshold, according to Indonesian buyers, which put other overseas suppliers in a very unpleasant position.

Supply started to show signs of improvement after a couple of South Korean plants resumed operating after unscheduled shutdowns. There have also been reports that Vietnam’s Hyosung is mulling over restarting the second PP line after a month of being offline. Availability is expected to pick up in the coming weeks, which could impact the market outlook.

In the PE sector, a major Saudi Arabia producer reportedly sold out all available quantities in Vietnam at $1050/ton for both HDPE and LLDPE film and at $1160/ton for LDPE film, all based on CIF Vietnam terms.

The abrupt uptick in buying interest is rather surprising considering the fact that many customers have been expressing concerns over the re-exporting activities from Chinese sellers while the depreciating local currency against the US dollar makes imports more expensive.

“This is partly a result of panic buying after SHARQ announced a major maintenance shutdown in November at two LLDPE lines and the maker will not open a new price list in October. In the meantime, all the concerns are still there,” a Vietnamese trader commented.

Chinese suppliers might not be aggressive in re-exporting PE cargoes in the immediate term. Even though Chinese buyers managed to secure import parcels at way more competitive levels than Southeast Asian, the available quantities were rather small. Over the past weeks, demand for LLDPE film in the local China market has been steady ahead of the agricultural film season which further reduces the urge to move cargo overseas.