It is unclear at the moment if the production at downstream production would be affected. Stay-tuned for further update. 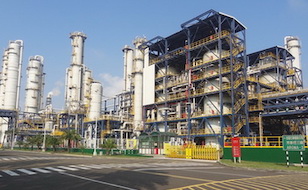 It is reported that a fire broke out at a residue desulphurizer (RDS) unit belong to Formosa Petrochemical Corporation Company (FPCC) in Mailiao, Taiwan earlier today. The number.2 RDS unit is designed to process 80,000 barrels per day, which is a part of 540,000 barrel per day oil refinery complex.

As a result, the company has to shut the No. 2 naphtha cracker at the same site until further notice. The cracker has an annual capacity of 1.03 million tons/year of ethylene, 515,000 tons/year of propylene, and 162,000 tons/year of butadiene.

It is unclear at the moment if the production at downstream production would be affected. Stay tuned for further updates.